A California city removed a Black Lives Matter mural during the middle of the night last week after receiving a request to paint a Trump 2020 statement on the same street.

Redwood City Council said that although they had given the BLM mural permission earlier this month, they now believed it was a traffic hazard and had to be removed.

Yet the sudden decision was made after resident Maria Rutenburg said she wished to paint a MAGA 2020 message on the street if it was now a public forum.

Redwood resident Dan Pease had asked for the BLM mural to be painted along Broadway in a July 4 celebration and the city had even donated the poster paint to make it happen. Yet city officials had it quickly scrubbed off in the middle of the night last Thursday after another resident asked for a MAGA 2020 slogan to also be painted on the same street

She argued that a BLM mural on the street when she was not able to paint her own political message was an example of city officials promoting private political expression and a limited private agenda.

She argued that a BLM mural on the street when she was not able to paint her own political message was an example of city officials promoting private political expression and a limited private agenda.

‘Governments cannot and should not get to pick and choose who should be allowed to speak,’ the attorney told KRON4.

‘Now that the cities open up asphalts as public forums, everyone with any political message is free to write their own. I, for one, would like to paint MAGA 2020.

‘At a time like this, it’s especially important that we allow free and open political discussion for all sides, not just BLM,’ she added.

Earlier this month, Redwood resident Dan Pease had asked for the 17-foot long mural to be painted along Broadway in a July 4 celebration and the city had even donated the poster paint to make it happen.

The original plan had been to allow the mural to fade away but city officials took action to have it washed off last Thursday night, angering some residents who have now stated a petition opposing its removal.

‘Because we were using the poster board paint that would eventually deteriorate over time, my understanding from them was that the mural would last as long as the paint lasted,’ Pease, who said he was inspired to ask for the mural because of his four-year-old mixed-race son, told CBS San Francisco.

Yet local real estate attorney Rutenberg believed that if BLM could be painted along the street, she also had the right to create a mural with her own message.

‘I saw “Black Lives Matter” sign appearing on Broadway Street on the asphalt and I figured that’s gonna be a new public space, open for discussion, and I wanted to get my message out, too,’ Rutenburg said.

Instead of allowing for further murals, however, the request pushed the council to remove those already in place, although they cited traffic hazards and that the mural could cause accidents as the reason behind the decision.

‘I asked Redwood City to allow me to paint MAGA2020 next to BLM on the Broadway. Instead, they are erasing BLM,’ Rutenberg wrote on Twitter.

‘I stand for the 1st Amendment and everyone ‘s right to express their political views in a new public forum of street asphalts.’ 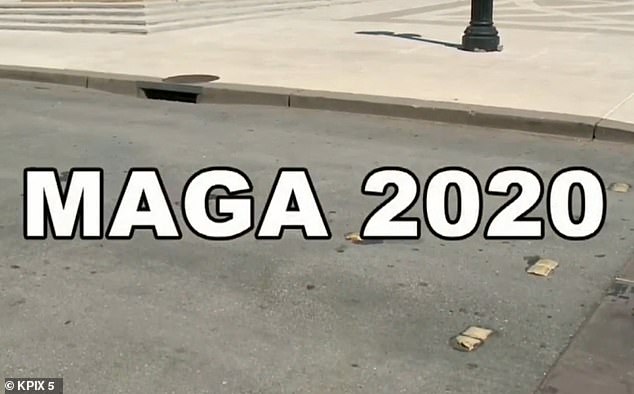 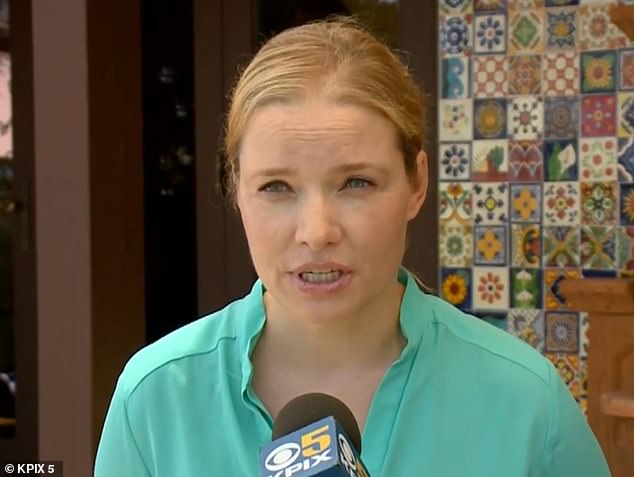 Pease has said that he does not believe that BLM is a political statement but he understands why the council would have decided to wash it away if they feared a legal response.

‘I have no hard feelings to the city council,’ Pease said. ‘I am disappointed but, at the same time, I am very grateful that they allowed me to put that message on Broadway.’

Yet he is concerned that a human rights message has been washed away because of one person’s political stance.

He added that he would be happy to paint the mural again if he was asked and that he hoped the first one inspired other residents. 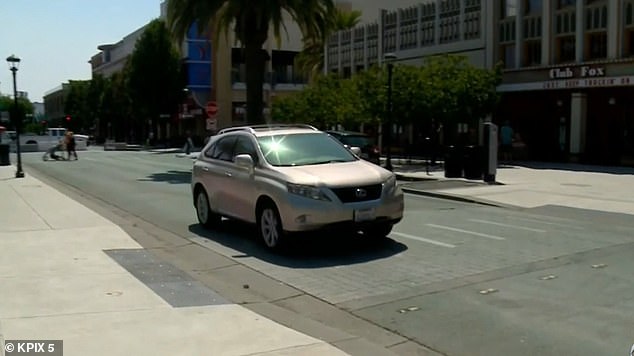 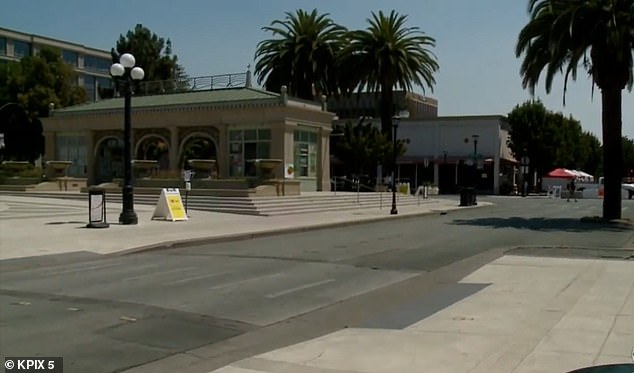 In response to its removal, an online petition has been started that so far has more than 700 signatures.

‘For many of us, the BLM mural is a powerful reminder of one of the greatest social justice movements in our country and one of the largest protests we’ve had here in Redwood City,’ it reads.

Redwood is just one of several cities across the United States that has allowed for Black Lives Matter to be painted along one of its streets.

The first appeared in Washington D.C. in the days of protest and unrest immediately following the death of George Floyd in police custody on May 25.

There, Mayor Muriel Bowser allowed the message to be painted on a road leading to the White House before ‘Defund The Police’ was added by protesters.

In New York City, BLM was painted along Fifth Avenue close to Trump Tower less than two weeks ago.

It has been defaced three times in the past week.

On Saturday, Bevelyn Beatty, 29, an anti-abortion activist from Staten Island, was arrested alongside Edmee Chavannes, 39, after they were seen smearing black paint over the bright yellow lettering of the Fifth Avenue mural, yelling ‘Re-fund the police’.

Four people were arrested Friday around 4:15 p.m. and charged with dumping blue paint on the mural.

Shortly after noon on Monday, a man walked up to the mural and also poured red paint over it before running off.